DevOps has been around for a while, but it’s still a pretty new concept to many people. If you’ve heard the term and have no idea what it means, or if you’re trying to understand the importance of DevOps tools, this detailed blog will help.

DevOps is a software engineering culture and practice that aims at unifying software development (Dev) and software operation (Ops). The main characteristic of the DevOps movement is to strongly advocate automation and monitoring at all steps of software construction, from integration, testing, and releasing to deployment and infrastructure management.

What is a DevOps tool?

A DevOps toolchain is a set of tools used for continuous delivery and deployment in a DevOps environment. It is designed to help developers, operations engineers, testers, and managers collaborate on code changes more effectively.

AWS has a whole bunch of options for running Kubernetes clusters in the cloud, including EC2 instances with Docker pre-installed or EKS (Elastic Container Service). You’ll also want to check out the AWS Marketplace for other options.

Developers can create their job using Jenkins’s extensive plugin ecosystem which offers hundreds of ready-to-use plugins that allow you to automate almost any aspect of your deployment pipeline.

One of the most unique features of Prometheus is its ability to perform more complex queries over time series data than other monitoring systems allow.

For example, if you want to see how much CPU a particular application uses over a week across all hosts in your cluster, then Prometheus will do exactly that with minimal effort on your part.

This kind of flexibility makes it easy for developers and operations teams alike to get exactly what they need out of their data without having to write custom scripts or pay someone else for it.

Datadog tool is great for getting detailed information about your servers’ performance stats such as CPU usage, memory usage, and disk space usage among others.

It also allows you to set up alerts so that if any of these stats go over a certain threshold then an alert will be sent out via email or SMS message so that someone can look into fixing the problem right away before any major damage is done!

It also has a feature called APM which allows you to see what code is running on each server so that if something goes wrong then developers can quickly revert by simply clicking on a button which will trigger an automated rollback process.

A Vagrant is a tool for building and managing virtual machines. It provides users with the ability to configure and provision VMs, as well as manage them through an interface.

Vagrant can be used to test applications in different environments, such as Linux or Windows. One of the benefits of Vagrant is that it saves users from having to install and configure every software on their machine.

This tool also allows users to spin up multiple virtual machines at once, so you can have your development environment running on one machine while testing the application on another machine.

Read More: What is DevOps? An Ultimate Guide for Beginners

Docker is an open-source containerization platform. It allows you to create and run applications by using containers.

The main benefit of using Docker is portability. When you use Docker, you can package your application with all its dependencies and dependencies into a single image which can be moved across different environments without any changes made to the code or configuration file.

This makes it easier for DevOps engineers because they can manage all the infrastructure requirements once and then deploy multiple times from there on in any environment with no changes required at all in terms of configuration files or security policies etc.

Ansible is a simple, agentless, and secures IT automation engine that automates cloud provisioning, configuration management, application deployment, intra-service orchestration, and many other IT needs. Ansible is written in Python and provides an easy way to automate tasks on remote systems with SSH connections.

The state of Ansible today makes it possible to manage your entire infrastructure with hundreds of servers or containers via an agentless model. It’s also built into the open-source product strategy of Red Hat because it was founded by Red Hat employees.

Manage your cloud instance as well as can orchestrate your applications running on multiple instances by using docker containers. The most popular use case for Ansible is configuration management but you can use it for many other purposes such as release management or service discovery too!

Git is a version control system for tracking changes in files and coordinating work on those files among multiple people. Git was initially designed and developed by Linus Torvalds for Linux kernel development.

It has since become the most popular distributed version control system (DVCS), used primarily for software development, with an estimated 90% market share of all open source projects.

Puppet is an open-source configuration management tool. It is written in Ruby and runs on the Ruby virtual machine.

Puppet lets you manage your network devices, servers, and apps through a centralized user interface. Puppet uses manifest to describe the state of a system, which is then compared against the desired state to identify differences.

The resulting difference report can be used to make changes to the system’s configuration to ensure it conforms with the desired state specified by Puppet manifests.

Nagios is an open-source host, service, and network monitoring system. It can monitor network services, system processes, and hardware components.

Nagios is written in C and Perl and can be run on most Linux distributions. The main features of Nagios are,

Kubernetes is an open-source container orchestration system that makes it easy to manage containers across multiple hosts. It’s like having a fleet of servers that all work together to run your applications!

We use Kubernetes because we want to make sure our services are always running smoothly and efficiently no matter how much traffic comes through them at any given time (which could be millions of users!).

Read More: The Benefits of Implementing DevOps Strategy in a Business

Progress Chef is an open-source automation platform that helps IT organizations better manage infrastructure in their data centers. Chef automates the software and infrastructure lifecycle from development through production.

Chef works with all operating systems, including Windows and Linux, making it flexible for any environment. Chef can be used to configure and manage the software and operating system on a host machine or server during boot up, as well as run commands, packages, scripts, and many other tasks.

Terraform is a tool for building, changing, and versioning infrastructure safely and efficiently.

Terraform reads your configuration and creates a plan for building your infrastructure.

The plan is executed in parallel and can be changed while it’s running, but not once it’s finished.

Kibana is an open-source analytics and visualization platform designed to work with Elasticsearch. Kibana helps you visualize data stored in Elasticsearch indices, create custom dashboards, and perform analysis on your data.

Kibana is built on top of Elasticsearch, a popular open source full-text search and analytics engine. It allows users to visualize their log data with charts, tables, maps, and timelines.

You can use Kibana to explore your logs using any combination of the fields you have indexed or even create your custom fields if you need them.

Splunk is a software platform that indexes, monitors, and analyzes machine-generated data from a variety of sources, including websites, servers, applications, networks, sensors, and mobile devices.

With Splunk, you can collect real-time data from your end users to gain insight into how they use your apps or website. It also provides you with the opportunity to analyze that information to make improvements in customer experience based on data-driven decisions.

Splunk is an open-source tool with many features for anyone who wants to monitor their infrastructure by collecting log files directly from their servers or even through third-party tools like New Relic. You can easily integrate Splunk with your existing tools such as Jira or Zendesk so you can keep track of bugs filed by customers easily in one place!

How to Choose a Top DevOps Tools?

DevOps tools are essential for a successful DevOps implementation. You need to choose the right ones that match your needs and goals. Here are some tips to help you choose the right tools in DevOps.

We hope this blog post has been helpful in your search for the best DevOps tools! Whether you’re looking for a new tool to help you with a specific task, or you want to find out more about how your current tools can help you move forward.

What are the best DevOps tools?

We’ve compiled a list of the top-rated DevOps tools, based on their popularity among developers and other people who use them. If you’re looking for the best tools around, this is where you’ll find them.

How do I know what’s right for my business?

There are many ways to find out which DevOps tools in your area are most popular: you can look at reviews on websites like LinkedIn and Glassdoor, or ask friends and colleagues who work in similar industries. But if you’re looking for something more objective, we recommend using our list! Take advice or learn from our experts by emailing us at contact@itoneclick.com.

What are some common DevOps tools?

What does a DevOps Engineer do?

DevOps Engineer is responsible for building and maintaining the digital infrastructure that powers a company’s products and services. They work closely with other engineers and product managers to make sure that the code is working properly and efficiently, as well as making sure that it’s easy for end-users to interact with.

What is the difference between DevOps Tools and Software Development Tools?

What are the skills required of a DevOps Engineer?

DevOps engineers must have knowledge of various programming languages such as Java, JavaScript, Python, C#, and Ruby. They should also have experience with SQL databases like MySQL or Oracle. Additionally, they should be familiar with other technologies used by developers such as Linux/Unix operating systems or Apache web servers.

What are some common problems solved by DevOps Engineers?

The most common problem is when something breaks down in the middle of the night or on a weekend, but this can be fixed by staying up late or working on the weekend. It’s also important to keep track of all of your progress, so you don’t lose any time or information if something goes wrong with your system.

Kuntal is currently working as Sr. Technical Writer at OneClick IT Consultancy. She is an experienced writer, who adapts to learning IT-based products, services & solutions. Her area of interest includes research & planning, analysis, strategy building, writing, editing, and proofreading. 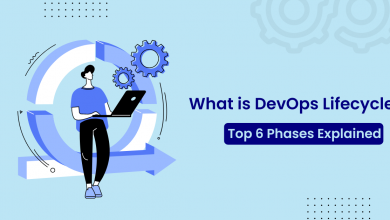 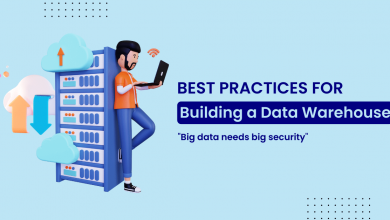 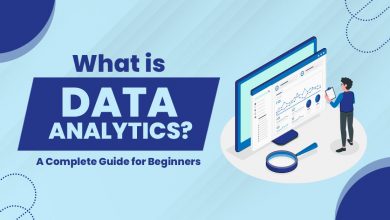 What is Data Analytics? A Complete Guide in 2022 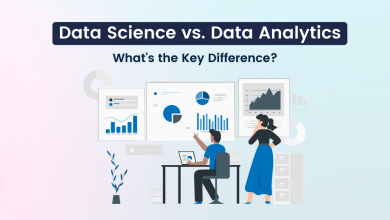