In the world of applications, the market is controlled by two major players iOS (App store) and Android (Play Store).

Mobile apps can, therefore, be present on these two operating systems. But for businesses with mobile apps, this represents a real commercial issue.

This is why it is essential to know the advantages and disadvantages of the technologies that can be used to create an Android & iOS mobile application.

When choosing to build a mobile application, among many questions comes the choice of technology and the development language that will be used.

If you need to produce a mobile application for iOS and Android, you have the choice between creating so-called “native” applications or a so-called “hybrid” or “cross-platform” application.

Native Development – using a specific language, called Swift or Objectif-C for iOS apps, Java for Android apps, and Flutter for both iOS and Android.

As we explained, the native mobile application is written in the specific language of the smartphone. Such as Java for Android and Swift for iOS, or Flutter usable for both!

Native apps are the most popular medium today. These are mobile applications specially developed for an operating system (iOS or Android). An application developed for Android will not work on iOS and vice versa.

Each operating system has specific codes and characteristics, which makes the development of a native app longer, more complex, and therefore more expensive.

It is, therefore, necessary to develop the same mobile application twice if you want to publish it on these two different operating systems.

When you opt for a native application, this assures you of very good quality since it is tailor-made for the said platforms and therefore offers a better experience to your users.

The cost of development, is because you have to develop in two different languages ​​for iOS and Android (Except since the creation of Flutter in 2018, which allows native development for both iOS and Android).

Read More: Native vs Hybrid vs PWA: What Should You Choose?

A hybrid app is an application that is developed once for both operating systems.

This is what makes this option less expensive. However, the adaptation of hybrid apps has its limits.

Each platform (iOS and Android) has specificities that must be respected, but hybrid apps do not allow 100% adaptation.

This detail is important because a hybrid mobile application will not have a similar quality to a native application.

This option can be interesting for a very simple mobile application (no complex functionalities). However, keep in mind that only 10% of the developer population code with hybrid technologies.

CTA banner: Embark on the mobile adventure with a hybrid app.

Hybrid frameworks do not use language specific to Android or iOS smartphones.

For example, React Native uses JavaScript to build cross-platform mobile apps, based on the React library, created by Facebook for building a web interface. This allows web developers to create applications.

Hybrid or Native – Which Mobile Application Development to Choose?

To sum up, hybrid development is faster than native development, because one can develop a single solution for Android and iOS, which reduces the cost of development.

On the other hand, native development makes it possible to produce applications with higher performance and better stability, but more expensive because it is necessary to develop in two programming languages ​​Swift & Java.

However, at OneClick we want the best for our customers, which is why we are developing with the Google Flutter SDK. It allows you to have all the advantages of the hybrid and the native without their disadvantages!

Because yes it allows development in the native language, therefore with the best performance using a single solution for Android & iOS and therefore at the same price as a single app.

If you want to know more about mobile application development in the native language, especially with Flutter, do not hesitate to contact us, we will be happy to discuss it together.

The choice between these two solutions will depend on many factors, your budget, your needs, the idea you have of your ideal mobile application.

So if you want to develop a video game, it will certainly be more judicious to opt for a native application, but if you want to adapt your web app to the mobile app market, then hybrid development will surely be more suitable.

It is important to define your mobile project before you start. The more precise the specifications, the clearer the choice between these two options will be.

Assume that the more features your app has, the more complex it will be, and the less recommended the hybrid app option will be.

Our advice, surround yourself with the best hybrid or native app development company that will be able to guide you in your choice in order to make your investment a quality product.

Do you have a mobile development project and you don’t know which development method to choose? Contact us! 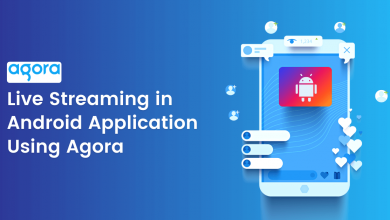 How to Add Live Streaming in Android Application Using Agora? 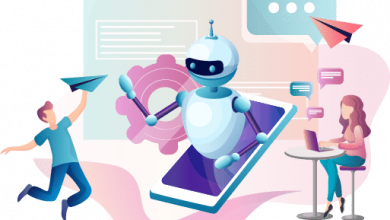 How Contactless eCommerce and Food Delivery Apps Will Change the Game in 2021? 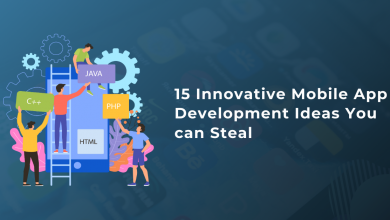