With Android Apps capturing 75% of the market share, converting iOS to Android applications is an intelligent move. While iOS apps allow you to make money from the App Store and promote the brand among the Apple customer base, you cannot miss the Android market share.

You can begin with the iOS application, however, then you need to change over in order to get the benefits of converting iOS to Android applications. One of the significant reasons to convert iOS to Android app is you can get more cash flow on the App Store. Once, your iOS adaptation of the application is performing well, the next wise step is to have an Android variant so that your application users can get a rich experience.

In the event that you are wondering if android app development is a worthy investment, here are some benefits of converting iOS to an android application.

Creating apps for Android vs iOS might seem very similar, but the truth is that each of these two operating systems has its own peculiarities. When considering Android and iOS app development, there are several differences both in the technologies used and in the process of building an app itself.

Android and iOS development also differ in terms of design as well as app store submission and marketing strategy. A lot depends on the type of operating system chosen while drafting the concept of your application. Developers who switch from one operating system to another, with a completely different programming language, will notice the differences.

Android for Flexibility and the Range of Applications

The Android system runs many brands of smartphones. It gives you a very wide choice of different terminals according to your design preferences and your performance needs. This operating system is suitable for users who want to customize the interface of their mobile with widgets and shortcuts. Android also offers an impressive range of productivity tools and access to countless applications dedicated to working. These include the Google Doc co-editing tool and Google Drive file storage and sharing. In addition, the documents created are automatically saved and synchronized on all your Android devices.

Read More: Android vs iOS: Which Platform is Better for You?

Points to Consider to Convert iOS App to Android App 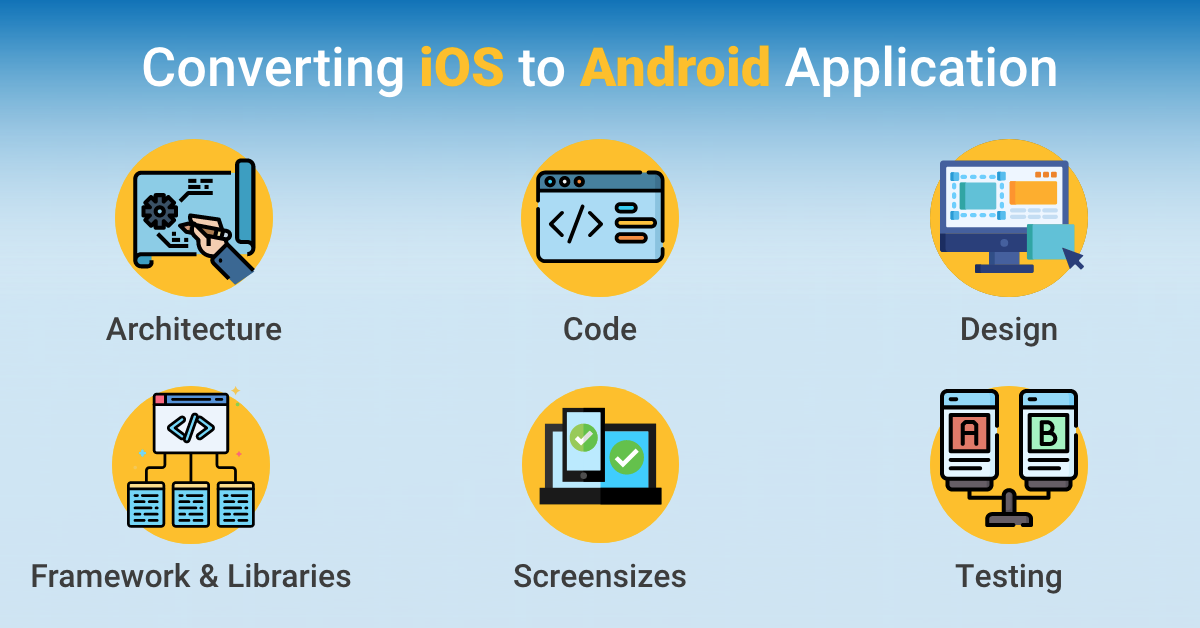 Defining the target audience and app features is the first step to initiating the conversion. For Android App Development, it is ideal to characterize the compatibility of the base Android devices that will be supported by the application. For example, KitKat 4.4 and above versions are used in over 90% of mobile phones.

iOS and Android users are familiar with their particular frameworks. In most cases, the development team will have to develop the entire code from scratch. To ensure seamless porting, businesses need to identify the time-sensitive elements and prioritize them during development. You can also choose to use Xamarin to develop cross-platform apps.

Developers will have to consider external tools and libraries. A proactive check of these tools is an integral part of designing Android App solutions during porting it from iOS.

In the process of converting iOS apps to Android, developers need to identify libraries and frameworks that make the replication of all functionalities seamless and easy. They must also support both OS. With the help of third-party libraries, you can add graphics, set up rules, customize communication protocols, templates, and more with complete ease.

The new app must also adapt to varied screen sizes and resolutions. Developers can utilize several available layout tools to convert iOS apps to Android and adapt them to different screen sizes.

Quality assurance is one of the most important steps for the successful porting of the apps. Continuous testing must be carried out during and post-development stages. It will involve integration testing of the software modules used, validation testing to ensure that the ported app meets the business goals. Beta testing and user scenario testing can also help analyze real-time data before the final release of the product.

The process of converting an iOS app to Android requires careful strategy and design considerations to meet business requirements. You may be faced with a few challenges, but the benefits of converting iOS to Android applications are higher than it. All you need is the right mobile app development company to execute this process.

OneClick IT Solutions is known as the best app development company in USA and has helped our clients port iOS to Android apps and vice versa, successfully. Contact our team of experts to know the cost of converting iOS to Android app.

How to Use Laravel Queue for Sending Emails? 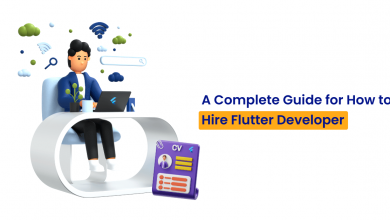 How to Hire Flutter Developers in 2023? Complete Guide 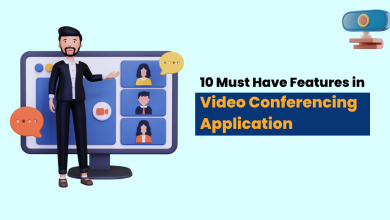 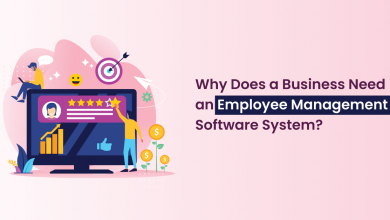 Why Does a Business Need an Employee Management System?