Angular is a popular JavaScript framework that provides a set of tools to develop responsive web applications and websites.

Since its introduction in 2015, React has become one of the most popular JavaScript frameworks. But what is it? React is an open-source JavaScript library for creating user interfaces within web applications. It addressed one major problem: building large apps with a complicated state management architecture can be difficult and time-consuming to maintain.

The framework solves this by providing a single component that focuses on just a small part of your application, like a button or something else minor, and then provides that component as many smaller versions needed for larger sections of your app, such as buttons for different categories of posts you might have on your site.

However, the most significant advantage of React is its flexibility. Your app may have several different UI components. Still, all of them will be built from a single parent component with an internal mapping that allows every child component instantiation to be tracked. The framework keeps your app’s state in sync between each of the various UI components and all the other components in your app.

The history dates to 2010 when Google released its first experimental angular codebase called “AngularJS.” Nowadays, it has evolved into one of the leading frameworks for developing web applications responsive to multiple end-users accessing these websites from various devices, using Google as its development platform.

Angular 8 was released in 2017. The previous version of it was released in 2016. So it’s nice to note that from 2 years ago, there has been a constant flow of new releases, which team has improved the framework. The angular 2 which was released in 2016 was a huge update. There were many drastic changes in the new versions like TypeScript, modularity, and a new way of working with components.

Version 8 is still a beta version and its first release version is yet to be announced by the Angular Team. In between, there are many versions that are being released with some important updates. Some are Angular 5, 6 and 7. The latest version 5 is more stable than the 4 and 6 versions which each contained a lot of bugs, while the Angular team has developed some custom code to make the framework more stable.

The Angular team has already announced that they will release much more frequent updates for angular 7 than what it was for angular 4.

React was first used in March 2013 by Facebook. Early versions of React were very different from the framework we’re used to today. It’s not unusual for new technologies to go through many revisions and changes before they reach what we might consider “maturity”. The same is true for React, which has seen a number of changes since its inception.

A year after the release of React 0.14, Facebook released React 0.15 at the end of February 2014. This new version included ES6 support, which allowed developers to use modern JavaScript syntaxes such as arrow functions, classes, and other feature enhancements like state management (local scope) in addition to performance improvements. Later that year in August 2014, Facebook also released React 0.16 which included updates to the API surface area, improved performance, and more.

In 2015, Facebook released React 0.16.2 on December 22nd. This version was a hotfix release to fix a bug involving a rendering glitch that many experienced while using the experimental TextArea component. The release also included additional improvements and fixes including removing deprecated code, adding support for ES6 features like Object Rest/Spread, and many other bug fixes, optimizations, and performance improvements.

Angular has many features that make it unique among other commonly used frameworks like ReactJS. Angular also provides asynchronous data transfer methods, including promises and bindable variables. This makes Angular particularly useful in web applications where more than one request can be made simultaneously. Angular is also essential in large applications where the amount of code can overgrow.

By providing many valuable features in website development, Angular is a flexible framework that anyone can use. At this point, developers do not have to worry about writing code for each new feature listed above. In addition, Angular promises to help developers define and reuse their code through filters and services. When you write your own reusable code, you can also remove unused code and improve performance through refactoring.

The framework has several other features that make it well-suited for applications, such as data binding, routing, and observables. In fact, Angular can be used with such solutions as the Firebase SDK and RxJS, a library that enables better programmatic control over data.

Hence, Angular appears to be a perfect choice for developers who want to adopt it as a framework.

React’s a list of features is quite extensive, so in this article, we will introduce these features and a few reasons why they may be beneficial for you.

React is a JavaScript library used to create rich interactive UIs that are easy to maintain and scalable. One of the things about React that makes it so powerful is its key features. Here are just some of the most notable ones:

it is how React compares two different versions of your app during runtime and makes changes only if needed.” This helps make updates less expensive since you don’t have to make any changes on the server-side.

React’s component model is built on the concept of one-way data flow through a hierarchy of React components. In practice, this means that all data descend from the root component. Data can be passed down to child components but it can never be passed back up.

it is a feature in React that lets you precompile your code into HTML so that users can jump right into your application with no initial load time. This helps to ensure an optimal user experience.

All UI state changes are made by calling setState() and all updates happen automatically, without you having to manually re-render anything.

Pure components are a way in which components can only access their own state, and they have no knowledge of the UI.

React views are rendered server-side, which means that your “view” is not actually rendered until you mount it on the page. SSR allows toggling between stylesheets on the fly during load. This enables better performance since CSS is never re-rendered when a change is made in a stylesheet.

which is React’s internal representation of the UI. The Virtual DOM is a snapshot of the DOM that’s been rendered with your app. The advantage of this approach is that it allows React to optimize itself, preventing changes from affecting other parts of your app, like CSS or state. It also makes updates faster since no changes need to be made on the server side. The fact that these updates are done on the client-side alone means there’s no round-trip involved.

React lets you connect your components to arbitrary stores in your applications such as Redux and MobX.

Top Advantages of Using Angular in Your Project

Top Advantages of Using React in Your Project

1. Ivy: This useful tool which can be used to generate HTML templates using angular components in a very easy way.

2. Angular Test Runner: This tool is very good to test the application with other libraries or components.

3. Angular Animations: This tool can encapsulate the animation code in a clean and easy way.

1. ng-select: This plugin is used to select dropdown on any element using properties and data as input for this functionality.

2. ngx-translate: It’s a very useful plugin which can be used to translate strings on a webpage using angular’s translation service in an easy way.

React Cosmos is dedicated to enhancing all the small and big components in react development.

React Sight, the significant tool among the best react development tools offer the same. It enables you to visualize your apps with a live component hierarchy tree structure.

If you are looking for rapid iteration & testing of UI components, then the storybook is an ideal option to consider. It aids you to visualize various states of each component of your applications

Top Global Companies that Use Angular

Top Global Companies that Use React

You’ve heard of Angular, but what about React? The answer is simple: it all comes down to preference and personal interests. Here are five quick points that should help you narrow down the selection process for your next front-end web development project.

2. Both frameworks have a lot of built-in tools and support libraries to help with the implementation process

3. There are both good resources online and plenty of tutorials to learn from if you’re new to either framework

5. Angular is more versatile, and React is more compact.

If the project you’re working on needs to be ready for business in a short amount of time, then Angular might be the way to go. If it’s highly unlikely that you’ll need further development later on and you can afford to leave out libraries, then React may be better suited for your needs.

Keep in mind that both frameworks have different release cycles – one every 6 months and the other once a week – so keep tabs on that!

Angular vs React: which one should you choose?

The final decision is up to you, but these five quick facts should help get your mind running so that you can make an informed decision. Happy coding! 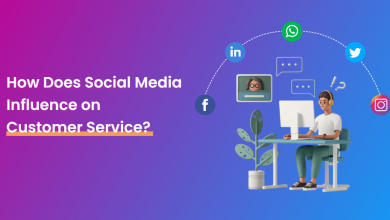 How Does Social Media Influence Customer Service in 2023? 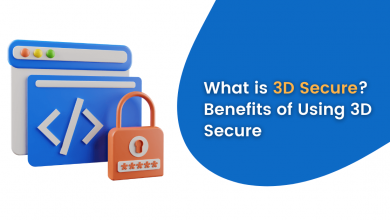 What is 3D Secure? Benefits of Using 3D Secure 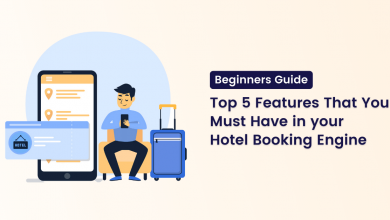 Beginners Guide: Top 5 Features That You Must Have in your Hotel Booking Engine 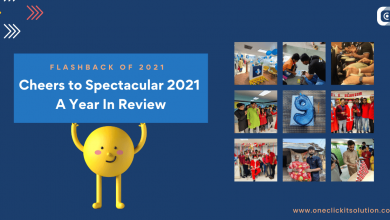 Cheers to Spectacular 2021: A Year In Review