Created in 2014 by Evan You, Vue.Js is what we call an evolving front framework which is dedicated to the creation of user interfaces. It, therefore, knows how to perfectly combine performance and simplicity.

Vue.Js partners with other technicians for the design of modern web applications.

This framework, therefore, manipulates the display in browsers with performance.

Vue.Js has things in common with React JS, in particular the decision to delegate routing to other technologies and both go through the use of the virtual DOM.

In a way, it also competes with Angular. Here are some advantages of using Vue.Js for your web applications:

Contents show
1 1. Lightness and Speed
2 2. A New Way of Coding Through the Use of Components and Templates
3 3. The Community
4 4. Accessible
5 5. Versatile
6 6. Efficient
7 7. Rich Features
8 Conclusion

Vue.Js is the lightest JS framework on the market, the complete Vue 2.0 application, including the compiler, is only 23 KB.

Once installed and set up Vue.Js impresses with its speed. For this, VueJS, like React, creates its own virtual DOM where the components will then be attached.

Thus, this makes it possible to handle the DOM very easily and quickly allowing to call just the necessary data. This also helps in avoiding network calls and updating the interface directly.

With a “full view” application, it is possible to set up page loads without reloading the page (via Ajax call and setting up SSR) which gives a natural fluidity.

Thus, thanks to Vue.Js, real comfort of navigation and speed is proposed since all the data is displayed without page refresh. Simply put, everything is then more fluid and faster.

2. A New Way of Coding Through the Use of Components and Templates

Like ReactJS and Angular, Vue.Js uses a component-oriented approach (.vue). Each component is a self-sufficient block with its own mark-up, its own logic, or even its own style.

This approach allows a better division of an application and therefore better scalability and maintainability over time.

One of the advantages is that the components can then be reused, elsewhere in the application or even in another project.

They also depend on other components. For example, a component used to render a list can use another list-item component to render an item in the list.

Vue.Js components have their own notation (.vue file) broken down as follows:

Inside the components, Vue.js uses HTML-based template syntax to link the rendered DOM to the data of the underlying Vue instance.

All Vue.js templates are valid HTML which can be interpreted by browsers and HTML interpreters conforming to the specifications.

So Vue will compile the templates based on the renderings of the virtual DOM. Combined with the reactivity system, Vue is able to intelligently determine the minimum number of components for which it is necessary to redo rendering and to apply the minimum number of manipulations to the DOM when the state of the application changes, which makes it possible to gain fluidity and responsiveness.

On VueJS there are many contributors allowing to have regular updates. In addition, the community around Vue.Js is very active.

In fact, on Github, Vue.Js collects no less than 91,000 stars. In addition, documents, conferences, books are released regularly and allow to increase the notoriety of the framework.

Moreover, Vue.Js is supported by many companies like Gitlab which uses it, Alibaba, Laravel, Nintendo, or Expedia.

In addition, the Vue.Js site is extremely well documented with numerous guides including diagrams and explanations.

Compared to what we, at OneClick, have been able to test with other front frameworks, the team actually found that Vue.js is very simple to set up.

The creation of a basic application is done in a few lines of code and the results are quickly there.

The versatility of Vue.js comes from the possibility of using the framework in different more or less advanced ways.

You can use it to create a small widget that will integrate on a page in a few lines like a jQuery plugin, create Single Page Applications, create your own components, or even create complex applications with routing and wired to an API.

On the rendering side, you can use HTML templates directly in the DOM, declare inline templates, or package your template with its component in a file .vue. In short, Vue.js adapts to your needs.

Read More: Top 6 IoT Programming Languages in Future and Beyond

Whether it was for a small widget or for a multi-page application, there are no problems in performance. Everything is fluid, rendering is fast and data synchronization efficient.

The heart of Vue.js is focused on the presentation layer (view). It has for it advanced templating functionalities based on directives prefixed with one v-like Angular and its properties ng:

The creation of the templates is thus simple and fast, as much for a developer as for an integrator. It offers the possibility to create your own directives, to create components and mix-ins (a bit like the features of PHP).

The components can be declared simply in a Javascript file and attached to templates in your HTML or you can create Single File Components in the form of files. An event system is available to communicate the components together.

In conclusion, its versatility and flexibility are the biggest advantages of Vue.js.

Although it has everything you need to develop a single page application (SPA) or a complex frontend application, it is also very simple to make a small component.

This is why we recommend integrating a little dynamism in a backend application but also developing a frontend application. These advantages also allow a smoother learning curve than with a more complex framework.

If you are looking to develop web applications with Vue.Js or have any other software development requirements, connect with OneClick IT Consultancy.

With nearly a decade of experience in web app development, our clients vote us as the top preferred software development company. Let’s discuss your requirements today. 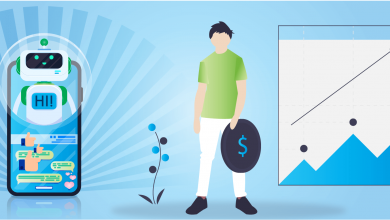 Increase the Reach of Your Business Through a Chatbot