As per Statista, so far, over 204 billion apps are downloaded. The app industry is flourishing and projections indicate that it’ll continue reaping high profits in the future as well. As more and more people adopt smartphones and hence apps, the industry has become a very lucrative opportunity for new businesses. Even a simple app idea can turn into a brilliant and successful project.

But, app development is easier said that done!

It begins with identifying a good app development company and the cost of developing a mobile app. Then, you need to decide which programming tool to use to make a smooth and glitch-free app. One option popular among most businesses today is React Native.

One of the foremost prominent cross-platform app development frameworks, React Native helps to develop top-notch and scalable applications. The advantage of using this framework would be that it comes with the potential to reuse the code. This helps React Native developers to create both Android and iOS applications with a rich user experience.

As per many developers, React Native is the most versatile and impressive platform because it not only improves the pace of development with all its open-source modules but also lowers the cost to develop a React Native app.

However, development comes with a few challenges. If identified in time or considered with caution, these challenges can easily be resolved. Here are some common React Native App Development mistakes most developers make:

Code reusability has been one of the central aims of using React Native App Development process. Native developers though, frequently make a standard mistake, ignoring that an application page for both Android and iOS platforms can differ and vary significantly in its page layout.

For Android and iOS platforms, a scarcity of experience and understanding of design principles and format standards results in inaccurate or poor estimations. You won’t believe an experienced, professional developer or a development firm should plan evaluations separately for Android and iOS platforms and not like cross-platform app development frameworks. Secondly, when developing an internet application, to regulate the logic and fixing the proper codes in your web application, it’s vital to verify all the database and backend nodes.

Read More: Why use React Native for Mobile App Development?

Another React Native App Development mistake developers make when attempting to save lots of time, is using external modules but missing reading all codes extracted from them. External modules can make the event process faster as they need completely formed codes. However, React Native developers often forget to read all of the code or they disregard it as not necessary. This might cause issues later down the road.

When developers add external modules, they will interfere with the prevailing code and hinder its functionality of it. By not listening to details in time, developers create a way bigger workload later. This defines the aim of saving time.

3. Inappropriate Planning and Use of Redux

Another mistake while creating an app with React Native is that the redux function mutates state. When it involves React Native App Development, State Store and consider are linked together to supply enhanced performance.

There is a group state function within React Native that compares the new object with the previous state. The new state is often viewed on the screen from the info Store with the assistance of the component life cycle.

When developers make React Native apps, it’s essential to remember the previous state merging with the new state. However, the direct mutate state usually finishes up with larger apps unmanageable code, and inside the component uncontrol state.

Fixing issues once everything is completed requires tons of more work. Plus, any glitches in the product can affect the reputation of the best React Native app development company as well as the client it is made for. It also tends to negatively affect user satisfaction. Hence, it’s best to scale back the probabilities whenever it’s possible.

Unit tests in React Native app development process exist for a reason. They allow us to assess various parts and features of our applications independently and see them in action before anyone else. It’s best to check the functionality of each element of the app at the proper stage and make sure that it’s working properly.

Not writing a testing unit is far and away from the foremost common React Native app development mistake to make. This is often because the developed app can still work no matter whether you write unit tests or not. But it’s a big risk before publishing the app to the store.

Rather than gambling on your app’s fate, it’s recommended to check its functionality and ensure its perfection before launch.

A unit test allows you to assess the varied parts and features of your applications independently. This may enable you to ensure that every function works seamlessly. By writing a unit test during the event stage of your app, you’ll know of the bugs in your app. This means you don’t need to waste time tracking the source of the glitch afterward.

Read More: React Native vs Flutter – Which is Better for Mobile App Development?

Even though optimizing images isn’t a time-consuming or difficult task, most React Native developers tend to skip this step. However, these kinds of React Native App Development mistakes carry tons of weight. A small mistake can cost you additional memory and storage space that is required for other elements in the project.

Enhancing the pictures during a React Native App development process must remain a crucial component and point of focus as an application’s output relies heavily on image optimization. For effective optimization of images, you can try this:

The incorrect structure of the project will make it difficult for you to function with and manage the React Native app development process and project. It’s possible to arrange a project in some ways. Ordered project files and directories are getting to make a developer’s life much easier. It is very crucial to possess a robust project structure.

These pointers on the most common React Native app development mistakes can help you to be cautious when getting started.

If you are looking to develop or migrate your existing apps to React Native, reach out to our experts. You can hire React Native developers with proven expertise and experience. Our React Native app development projects have worked successfully for our clients. Now it’s your chance to turn your app idea into reality. 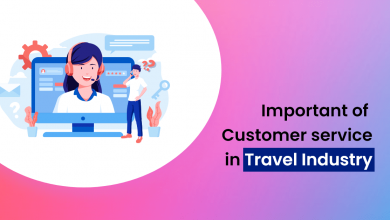 Importance of Customer Service in the Travel Industry

7 Reasons to Invest in Enterprise Mobility Solutions in 2022 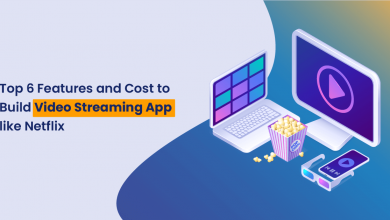 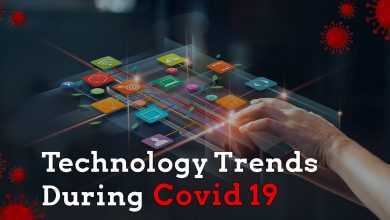 5 Digital Technologies, That Are Trending During COVID-19